Our monthly economic review is intended to provide background to recent developments in investment markets as well as to give an indication of how some key issues could impact in the future.

It is not intended that individual investment decisions should be taken based on this information; we are always ready to discuss your individual requirements. We hope you will find this review to be of interest.

Theresa May announced in mid-January that she is initiating a new ‘Industrial Strategy’ which will be specifically designed to boost the UK economy post-Brexit and that the government will be “stepping up to a new, active role. . .” that will “align central government infrastructure investment with local growth priorities.” Among these “priorities” would be transport, energy and broadband projects – where hopefully outcomes will boost industrial effectiveness across the UK. 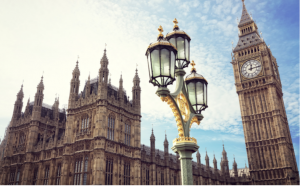 Announcing these new initiatives at the Prime Minister’s first regional cabinet meeting, which was held in the North West of England, she detailed a ten-point plan. This will include government investment in upgrading national infrastructure, improving government procurement processes, encouraging trade and inward investment, cultivating world-leading sectors, creating the right institutions to bring together various sectors and regions, investing in innovation projects, delivering affordable energy and, most importantly, driving growth across the whole country.

Mrs May commented: “This active government will build on Britain’s strategic strengths and tackle our underlying weaknesses, like low productivity.”

She went on to add:“Underpinning this strategy is a new approach to government, not just stepping back and leaving business to get on with the job, but stepping up to a new, active role that backs business and ensures more people in all corners of the country share in the benefits of its success.”

Price inflation, as measured by the Consumer Prices Index (CPI) rose from the previous month’s level of 1.2% to 1.6% in the year to December 2016, according to the Office for National Statistics (ONS). Represented by a theoretical basket of goods and services which would have cost £100 in December 2015, this increased to £101.60 in December 2016.

This rate was the highest seen across the country since July 2014, when the CPI figure was also recorded at 1.6%.

The main factors in this increase were the price of food and air fares, along with the price of petrol falling less than seen in December 2015. Other contributors to the increase were transport costs, food (particularly vegetables) and non-alcoholic beverages.

The wider, and more closely followed, Retail Prices Index (RPI) whilst not officially recognised as an official statistic now by the ONS (but which is used by the government as a benchmark for welfare payments, rents, index-linked gilts, and state pensions), was recorded at 2.5%.

The future direction of inflation is expected to continue to be up as the devaluation of sterling, a direct result of the UK’s decision to leave the European Union, will begin to take effect across a wide range of imported raw materials and foodstuffs. The Governor of the Bank of England, Mark Carney, has predicted the UK will see inflation reach – and possibly surpass – their target level of 2% towards the end of 2017.

Eurozone inflation almost reached a four year high in January. Inflation in the 19-country bloc jumped from 1.1% in December to 1.8% in January 2017, following an increase in energy prices. 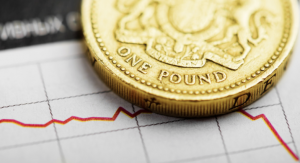 2017 ushered in fresh impetus to the global bull market, as investors digested further the implications of the ‘Trump Bump’ in the USA and ‘Brexit’ here in the UK.

Across the pond, Donald Trump’s inauguration and his promised pro-growth economic plan saw renewed investor interest in the Dow Jones Index, which smashed through the magic 20,000 barrier for the first time ever on January 25th. To put this in perspective, it has taken 18 years to reach this zenith since it surpassed 10,000 in March 1999. The big board closed out January off a little, though at a still impressive 19,864.09, registering an uplift of 0.51%. The technology heavy Nasdaq index did better, adding 4.3 % in the month to 5,614.79.

Continuing Brexit fears and political uncertainty with forthcoming elections dented enthusiasm for the Eurostoxx50 which lost 1.82% to close at 3,230.68. Japan’s Nikkei225 also lost ground to 19,041.34 for a decline of just 0.38%. 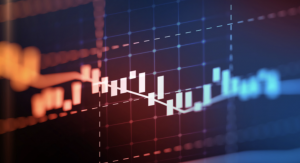 On the foreign exchanges, Sterling improved against the US Dollar gaining 3 cents to $1.26, but remained flat against the Euro at €1.17. The Euro currency also improved marginally against the Greenback to close at $1.07.

‘Black Gold’, Oil, slipped a little into the New Year, losing $1.12 in the month to close out at $55.70 a barrel, as measured by the Brent Crude benchmark.

The UK can boast that it was the fastest growing economy in the western world in 2016. In its latest preliminary estimate of Gross Domestic Product (GDP), the ONS revealed that the economy grew by 0.6% in Q4, the same rate as the previous two quarters. This is slightly higher than the 0.5% increase forecast by most economists. Therefore, the economy as a whole grew by 2% in the calendar year, which was only slightly lower than the 2.2% recorded in 2015.

Details in the ONS report showed that whilst the manufacturing, agriculture, construction, and production sectors saw little overall change in output, the dominant services sector, which represents approximately 80% of the country’s economy, offered a much stronger contribution; helped by growth in the distribution, hotels and restaurant industry, in addition to retail sales and travel agency activity. This confirms the robust nature of the consumer-based recovery seen across the country.

Darren Morgan, an ONS statistician was quoted as saying: “Strong consumer spending supported the expansion of the dominant services sector.”

He went on to add: “Although manufacturing bounced back from a weaker third quarter – both it and construction remained broadly unchanged over the year as a whole.”

Whilst overall the ONS figures were positive, notes of caution for the year ahead were voiced, as Lee Hopley, the Chief Economist of the manufacturers’ lobby group EEF, was reported to have said: “Challenges abound for forecasters in 2017.” Rain Newton-Smith, Chief Economist of the business lobby group The Confederation of British Industry (CBI), added: “2017 will see headwinds to growth building, as higher inflation eats into households’ buying power and investment wanes.”

AVERAGE WEEKLY EARNINGS ON THE UP

In their latest UK labour market bulletin, for the three month period to November 2016, the ONS reported that average weekly earnings for workers within the UK saw an increase in nominal terms (not adjusted for price inflation) of 2.7% excluding bonuses and by 2.8% including bonuses, compared with a year earlier. Good news for employees as current inflation, as measured by the Consumer Prices Index (CPI), is currently sitting at 1.6%.

Senior statistician at the ONS, David Freeman commented: “The rate at which pay is increasing continues to pick up in cash terms, though it remains moderate.”

Since comparable records began, average total pay for employees in Great Britain increased from £312 per week in January 2000 to £509 per week in November 2016. This represents an increase of 63.4%, the CPI has increased 41% over the same period.

The bulletin also outlined that the jobless rate was steady at 4.8% in the three month period to November 2016. This is a reduction from the 5.1% recorded one year earlier, and represents a reduction of 81,000 people from the previous year.

With little change from the previous two quarters’ figures, the number of those in employment was also steady at 31.8 million, a rate of 74.5% a level approaching ‘full-employment’ statistically. This represented an increase of 294,000 from last year’s figures.

Data for December 2016 from Eurostat showed that the Eurozone’s unemployment rate fell to 9.6%, the lowest rate since May 2009.